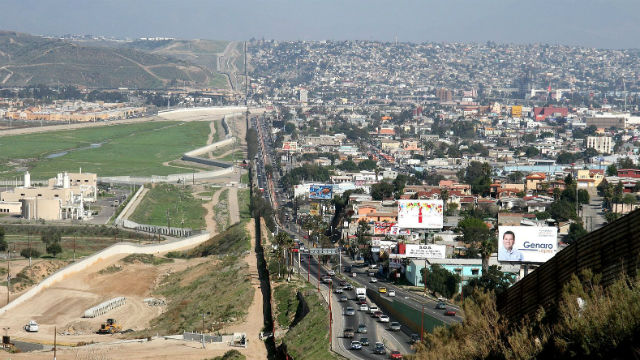 South County and Tijuana political leaders said Friday the anti-immigrant and anti-Mexico rhetoric at the federal level has not harmed the day-to-day cross-border relationship.

“San Diego and Tijuana have been shining stars over the past months,” said Serge Dedina, mayor of Imperial Beach.

“I see this as ‘Romeo and Juliet.’ They tried to put a border between us but the love is still there,” said Maribel Ivette Casillas Rivera, a Tijuana city council member.

“The fabric of our community is ever growing richer because of the immigration population,” said Mary Salas, mayor of Chula Vista, the county’s second largest city after San Diego.

The elected leaders spoke on a panel at the 27th annual economic summit of the South County Economic Development Council.

Ron Morrison, mayor of National City, said it was important for local leaders to put pressure on the federal government, which he said was “looking at this region through a telescope from 3,000 miles away.”

And Casillas Rivera noted that Mexico’s capital was 2,000 miles away, creating a similar lack of understanding.

Still, the leaders voiced concern about the impact of the federal rhetoric on residents of their communities.

“No, I don’t like the discussion that’s happening on the federal level,” said Salas. “My hope is that we go back to something reasonable — not insane.”

Morrison said his city has “a lot of people who may not be documented” and city officials must “do everything we can to ease the fears of our population.”

He said its important to view San Diego and Tijuana as a mega-region, even though there is a line on the map between them.

“In Tijuana the feeling is that we can grow together,” said Casillas Rivera.