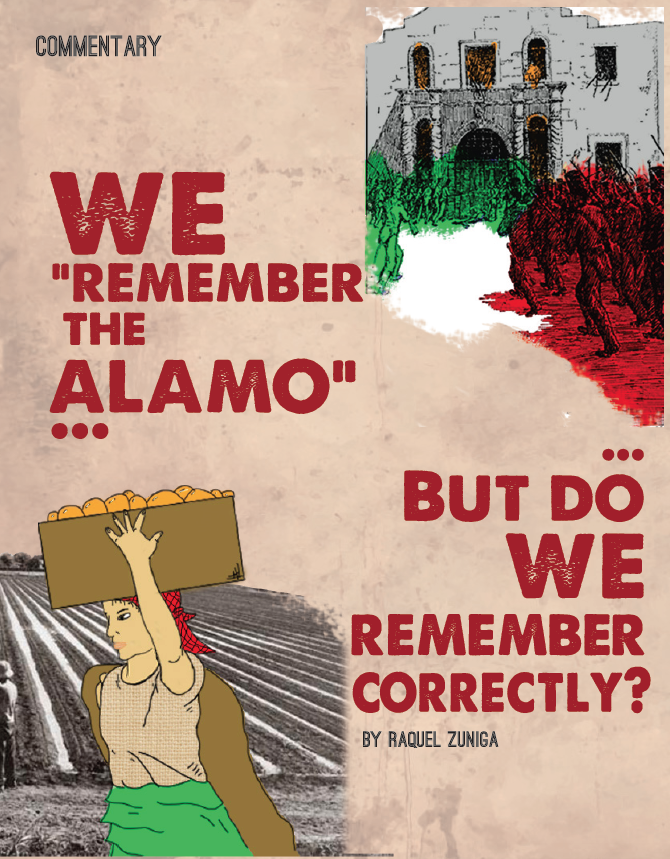 Since I was born and raised in San Antonio, you would think that I have some basic knowledge of the weeklong event in April that takes place in the heart of my hometown, right? Wrong.

Growing up, I would sit around the T.V. with my family to watch the decorated floats pass through downtown for the Battle of Flowers parade. When I was a high school student, I was a member of colorguard, and every other year my school band was honored to march in the fiesta parade. Sounds fun, right? Wrong.

The shoes I was required to wear for guard were basically plastic, and the event took place in the middle of an April afternoon, so my shoes were melted after the two-mile-long parade; I was dehydrated from spinning my flag and keeping in step with other color guard members and the band.

Flash forward to 2017 as a college student who is of age to consume alcohol, Fiesta sounds like a great time now, right? Wrong.

Being in downtown San Antonio, getting drunk and being surrounded by other strangers, who are also getting drunk in the hot April sun, is not fun. Posting selfies with drunk strangers you befriend with a basic caption on social media is not fun for your followers.

Not only is Fiesta centered on “royalties,” but the original point of Fiesta is to celebrate the “win” of the Battle of the Alamo. In Texas public schools, children learn the whitewashed history the Texas Board of Education wants to teach to future leaders. Growing up, we are taught that Santa Anna was a bad man and Davy Crockett was a badass. The “bad” Mexicans were the ones fighting for their country, so their families could keep the land they owned, but the “good” Mexicans were the ones fighting with Americans. The mantra “Remember the Alamo!” is engrained into prepubescent minds.

Here is the truth for all the people who don’t know about the aftermath of the Battle of the Alamo:

Over a decade after the Battle of the Alamo and the Texas Revolution, a treaty was signed between the United States of America and Mexico—the Treaty of Guadalupe Hidalgo—which ended the Mexican-American war. The treaty stated that Mexicans living in the area that would become Texas, New Mexico, Arizona and California, would be able to keep their land, their language and culture.

That agreement was not enforced when immigration forced families off their land with fear of deportation. The Mexicans in the newly acquired American territory people did not know English and were not able to explain the land was rightfully theirs, so they left in fear. That agreement was not enforced when there were no jobs available for Mexicans living in the new American territory because of racism, classism, ageism and the fact that they didn’t know English. They were forced to pick cotton, fruit and vegetables just to earn enough money to afford the necessities.

It is hypocritical of San Antonians to participate in the event that desecrated the very culture that Fiesta celebrates. But viva Fiesta, right?